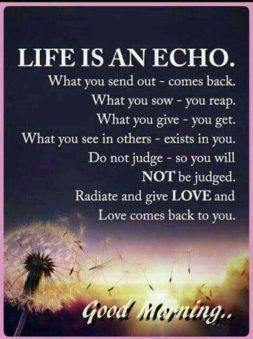 Associated with the planet Mars

Zodiac sSgns of both Aries and Scorpio, and although Scorpio is a water sign,

All of these factors lead to a favorable time for energy work, creativity, justice work, spells for assertion—even to the extent of aggression. This would be a great day for any social justice advocacy spells, or even a baneful working if the need calls for it. Also, summoning courage, strength and passion for yourself or someone else would be favorable on this day.

Color orange for any candle magick.

Gods/Goddesses: Mars, the God of War, gives this day that added confrontational vibe. He is a god who takes no crap from anyone. Channeling him to help you tap into the assertive aspect of yourself will be helpful, especially if you are a person who struggles with implementing boundaries.

Click here for more of Tuesday’s Magickal information From Spell8.com

Due to the influence that Mars has on this day of the week, Tuesday brings a blast of energy to expend, so it’s natural to feel impulsive or easily-triggered.

What spells to cast on a Tuesday? Scroll down to find a collection of witches’ spells for a Tuesday. Here are some ideas to inspire a Tuesday morning ritual. For a daily ritual, check the Daily Devotional page here.

Red candles are perfect for a Tuesday ritual. Red has a very powerful and lively energy in candle Magic. It is used for strength, emotional and sexual stimulation, vitality, and passionate love.

Tuesdays are ruled by Ares, Morrígan, Mars, Lilith, Tyr, among others.

Drink a cup of Pu Erh Tea, today for a boost…

The guardian of this day is Samael, and the ruling planet is Mars. This is a combustive combination.  Why? Well, because Mars is considered a planet (and a god) of aggression, war and conflict as well as red hot passion.  And Samael has a dicey reputation. His name in Hebrew means ‘blind to God’ and/or ‘poison of God’.  By some experts in angelology, Samael is thought to be the angel of death, and/or a dark angel.  However, the Judaic Kabbalah references Samael as the ‘severity of God’.  In this context Samael was commanded by his superiors to essentially do all the dirty work that the ‘nice’ and ‘pretty’ angels didn’t want to do. Affiliated with Tuesday, Samael and the planet Mars assert an energetic message that says: “This day is likely to bring conflict. But do not question the power of your influence over adversity. Assert your will, fight, refuse to let the poison of negativity overwhelm you.”

Hecate – Greek Goddess of Magic and Spells by Nina Jay

Affiliate Disclosures Table of Contents With power over heaven, earth and sea, Hecate or Hekate, the goddess of witchcraft, magic, ghosts, necromancy, and the night, is an ambivalent being in Greek mythology. While often represented as evil, a close look into her story shows that she was associated with good things. It’s also important to … END_OF_DOCUMENT_TOKEN_TO_BE_REPLACED